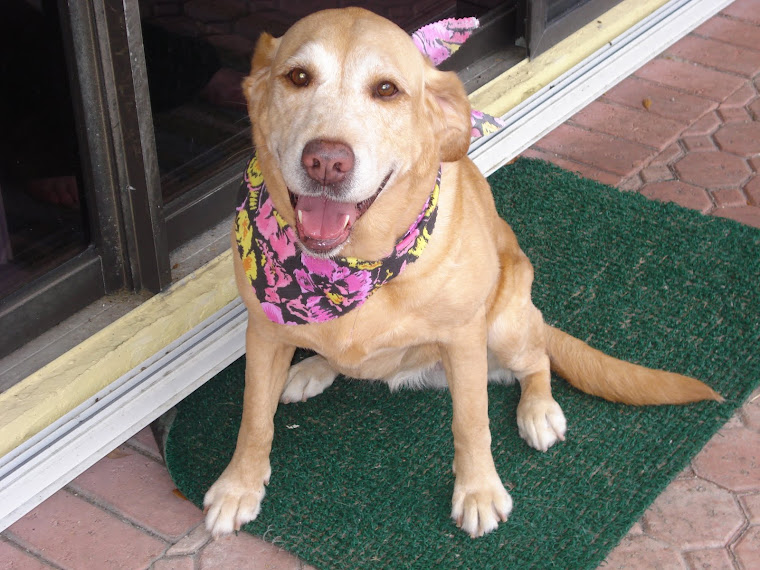 Happiness is what you make!
Posted by ayala at 9:07 PM No comments:

I survived yesterday. My mother's birthday. The memories flooded in and out into my day. I had a dream with mom and dad and they were here. I woke up from the dream to an unexplained noise in the house. I looked down and I saw my dog Daisy was next to me sleeping in total peace. It was strange but later on before noon I received a call from a daughter of a business acquaintance  to tell me that her mother passed away. I could hear in her voice how she felt all broken and lost in grief. I explained that I too know the loss of losing my mom. And then she asked the question "does it ever get better?" and I took a deep breath and told her that it changes. I told her that when she thinks about the good memories that she has she will then realize that she was blessed to have the love that she had. I also told her that her mother would want her to be okay. I found the strength to comfort her even though I wanted to cry because this was my mom's first birthday that I would not be sharing .
I found the strength  because grief changes. It doesn't get better it just changes with time.
Posted by ayala at 8:00 AM No comments:

Mom passed away eleven months ago. I think of her every day. I miss her. Tomorrow is her birthday. On her last birthday she was at rehab. We went there with chocolate cake and red roses. Red roses were her favorite. I remember that for a fleeting moment she smiled and I hung on to the hope. Hope that she would find the will and desire to fight for her life. But she wanted to join the love of her life-dad. I remember how my brothers and I said that there must be a celebration in heaven when they saw each other. At least I'd like to think so. It has been a roller coaster of emotions. I miss her now and I will miss her always.
Posted by ayala at 7:37 PM No comments:

The curse of Bananas

A beautiful sun kissed day in the vast aquamarine ocean. Our quest was to have a fun filled rod bending day. To me a day in the ocean is always a gift with secret surprises in store. There are sea turtles, fish jumping on the surface while they chase bait,and sometimes dolphins greet us and follow us on our journey. This day I attempted to bring Bananas on the boat. I was told that Bananas are not to go on the boat. In the fifteen years that I have been fishing I never heard of the curse.
I discovered there are different theories and stories about bananas and suitcases on boats. The fishing folklore dates back to the 1700's. The wooden sailing boats had to move quickly to deliver bananas before they spoiled, and fishermen had a hard time trolling for fish, on such fast moving boats, which is one of the ways the superstition came about. I also read that native Hawaiian man would go out in dugout canoes and fish for a few weeks at a time. They took bananas with them but by the time they would get far out enough to catch any fish the bananas would rot. The origins of the suitcase superstition goes back to suitcases that were black and black was associated with death. Fisherman associated suitcases with body bags. The camera crew that films Discovery channel's reality series "Deadliest Catch" was asked to leave their equipment suitcases on the dock. And so on future sun kissed days the bananas will be left behind.
Posted by ayala at 6:43 PM 1 comment:

A small sailboat visible in a distant window makes me wonder of my sons and husband at home...makes me think of all the beautiful days we spend in the ocean.
This sailboat takes my thoughts back home to my loves!
Posted by ayala at 7:21 PM 1 comment:

A Summer day in Rome 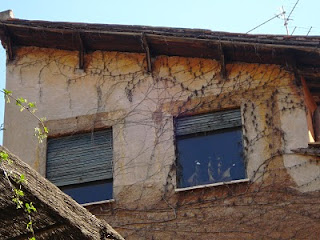 July is my favorite month. I love summer, I love the kids having off from school, I love taking time to build more memories on day trips and sharing ice cream and splashing in the ocean. The days are longer and magical. The other day was my birthday and I reflected how time flies. Where does time go? It does not happen overnight, it happens one day at a time as we rush through our busy lives. I am thankful for the place I am at.
Posted by ayala at 1:46 PM 3 comments: